In her day Réjane was as famous as her colleague and friend Sarah Bernhardt. Réjane premiered works by Sardou, Meilhac & Halevy and played the first French translation of Ibsen's "A Doll's House." Réjane was Ibsen's favorite Nora. Réjane ran her own theatre (still standing as Théâtre de Paris) and toured the world. Réjane had children, married, divorced and as part of her divorce proceedings was awarded the right to sign her own contracts at a time when women were still legally obligated to have their husbands sign for them. Today, most people have heard of Sarah Bernhardt; almost no one remembers Réjane.

This dedicated piece of research theatre will incorporate musicality and physicality created and provoked by Rejane's own granddaughter, Adrien Reju, and the Awake Project's leader, Christopher Sivertsen.

Such remarkable women often slip through the cracks of history. Ilana only became familiar with Réjane's story through Adrien's familiy. (Their two families have been friends for decades.) Adrien's family has provided unfettered access to Réjane's original letters and photos, all of which inspired The Réjane Project. Research has taken the team to Paris (BnF, Moulin Rouge and more); New York; Bennington, VT; Seattle and Los Angeles.

The Rejane Project has started an indiegogo campaign to raise the final funding necessary to create the full production in Spring 2013.  Please visit http://www.indiegogo.com/rejaneproject to find out more about the project and ways in which you can help.
Posted by ARTEL at 7:37 AM

The Hollywood Fringe Festival Begins Tonight
and Art Via Corpora is proud to be presenting 8 shows.
Here are some links to wet your whistles. 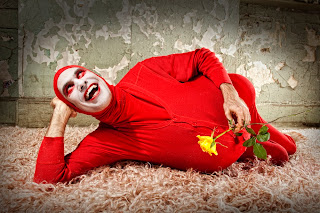 Red Bastard has one night only appearance!
18 June 8pm


Coming up from San Diego for the end of the Festival,
Animal Cracker Conspiracy's
The Collector
is puppet alchemy at its best!

And from New Orleans, comes the Button Wagon to wiggle, giggle, bend, contort and distort your perception of proportions.

For more info on the other great shows AVC is presenting alongside those hosted at Artworks Theatre & Studios, go to the HFF website.
See you at the theatre.
Posted by ARTEL at 3:36 AM 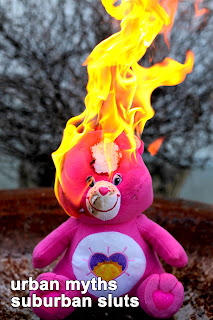 Art Via Corpora is proud to be hosting 8 shows at this year's Hollywood Fringe Festival.  8 June - 24 June 2012 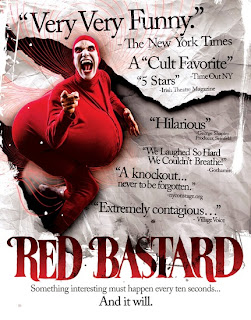 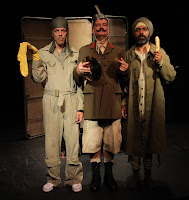 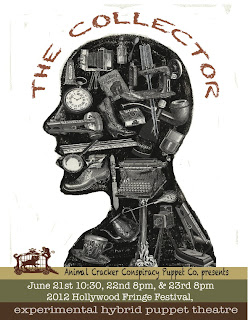 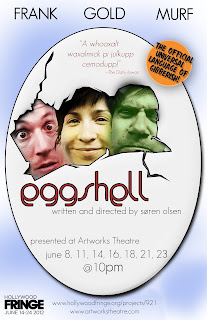 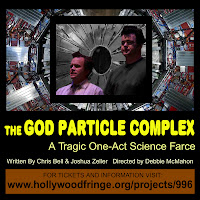 Our Colleagues at Au Brana in the South of France have announced their 2012 workshops.
John Britton will return to lead his work on improvisation and the ensemble entitled Self - With - Others from the 16th - 23rd of June along with members of his company, Duende.

Christopher Sivertsen of the Awake Project will lead The Breathing Performer workshop from the 29th June until the 3rd of July.
We will run the extended July residency for the third year, this time in collaboration with Jonathan Grieve and Kasia Zaremba - Byrne alongside our resident company, OBRA from the 11th - 31st July.

Full details on each of the workshops are attached to this mail and can also be found at www.aubrana.com
Posted by ARTEL at 6:32 AM

Grand Guingolers are back in the workout mode!  Come play.
29 November 2011

With all due respect to the global Occupy movement and its primarily Open Source Technology approach to community building, Grand Guignolers and Art via Corpora invite you to come celebrate the dead day a few hours early.


It's all fun and games, until someone loses an eye ... or two.
"See" for yourself.
Free Admission but Reservations Required. 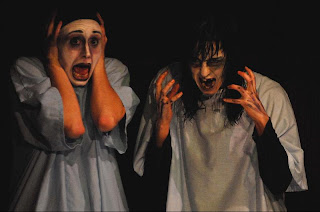 After a two week intensive workshop in Grand Guignol...
The class will present scenes from the classic Grand Guignol repertoire: The Laboratory of Hallucinations, The Final Kiss, and A Crime in the Madhouse. The Theatre of Terror and Laughter, Grand Guignol combines the styles of melodrama, naturalism, suspense and of course ... blood. This is not appropriate for children as violent is explicit.

FREE ADMISSION BUT RESERVATIONS ARE REQUIRED. EMAIL: info@grandguignolers.com with names/email.

Come share some gory times with us and get worked-up  to experience the drama yourself:

viaCorpora is pleased to announce that our cohorts, the Grand Guignolers, want to share a very special Halloween preparation with you.

Dubbed the "Theatre of Laughter and Terror," the Théâtre du Grand Guignol, ran from 1897-1962 in a small Parisian theatre. An evening of "hot and cold showers," alternated short plays of drama, farce, and horror with gory special effects, the latter for which it was most famous (an evening's success was judged by the number of fainting patrons).  The genre was the precursor of German Expressionism, film noir and the contemporary horror film.


This workshop is an earnest approach to Grand Guignol honoring the power of this form: real suspense and full engagement in dark psychological themes - jealousy, madness, and fear. And, of course, there will be blood...  All levels welcome.
COST:  Early Bird Price $375 by Sept. 28. Regular Price: $425. Deposit of $150 required to secure your spot. Cost includes material fees. But not a shower. Which you will need.

Workshop taught by Debbie McMahon, the 'puppet lady' of the petits guignolers and the creator/director of the Grand Guignoler shows. Debbie studied at Dell'Arte School of Physical Theatreand earned an MA in Performance Studies at NYU . She recently co-taught the Grand Guignol Summer Workshop at Dell'Arte with master teacher, Michael Fields. In addition to Grand Guignolers, she recently directed a commedia dell'arte play at USC MFA School and clowns with Cirque du Soleil.
Posted by ARTEL at 12:52 AM

Payments for ALL EVENTS

viaCorpora, International Performance Research and Development House is a house for local, national and international artists to create, develop, exchange and present their work. A home away from home. A refuge to focus on the processes of creative action. An incubator for creative citizens.